In January 2019, Naval Striking and Support Forces NATO (SFN) conducted their fifth in a series of table-top exercises (TTXs), and Stellar Solutions played a vital role in the event as both leader and facilitator.  Attended by 12 NATO senior officers and over 40 NATO staff officers and civilian equivalents, this two-day TTX focused on preparing ballistic missile defenses and integrating NATO maritime capabilities.

NATO, the political and military alliance whose purpose is to guarantee freedom and security of its members through political and military means, has addressed missile defense as a key part of its ongoing mission since 2011.  Broad area missile defense of NATO Europe is sustained with a new generation of “Upper Tier” capabilities provided by the U.S. to include Aegis ships and an Aegis Ashore site in Romania (and soon, its twin in Poland). 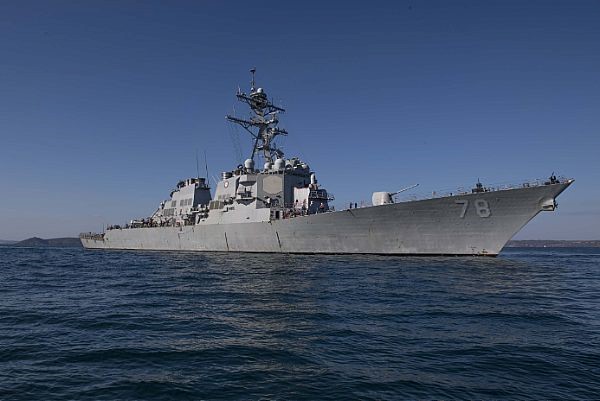 Sometimes informally referred to as a “wargame,” a TTX is an in-depth, facilitated forum consisting of tailored simulations, briefings, scenarios, role-playing and strategic planning. NATO routinely conducts TTXs on missile defense to ensure readiness, and this year’s discussion topics ranged from tactical and operational to strategic.  As the U.S. contribution to NATO’s missile defense system, European Phased Adaptive Approach (EPAA), is nearing operational capability of its third phase, senior leaders also discussed the implementation of this next evolution in defending NATO.

Stellar Solutions provides high-end planning and facilitation expertise for these critical events for senior leaders, and we have been proud to plan and lead dozens of them since 2014.  Our team of retired senior military officers collaborate with the Missile Defense Agency’s modeling and simulation team to craft scenarios and high-end simulations that challenge the participants and create opportunities for dialogue and growth.

Missile defense requires a complex network of radar, sensors, satellites, and interceptors – on land, in the air, at sea, and in space.  In order to effectively provide that defense, NATO orchestrates command and control for the “Upper Tier” missile defense capabilities and synchronizes them with “Lower Tier” assets (Patriots and SAMP/T) and air defenses focused on cruise missiles and aircraft.  That’s the essence of Integrated Air and Missile Defense (IAMD).

For the last five years, SFN has sought to refine command and control of the maritime assets within NATO’s missile defense architecture.  Partnering with NATO Maritime Command (MARCOM) and NATO Air Command (AIRCOM), SFN has conducted a series of TTXs to broaden the understanding of these complex defenses and to hone the skills of leaders who will direct the defenses.

These are exactly the types of multi-day forums that senior leaders and commanders need to sharpen their strategic and operational warfighting techniques.   As Stellar presents realistic ballistic missile defense scenarios during the TTX, it is our job to facilitate thorough discussions among leaders and thus enhance warfighting knowledge.  We pride ourselves on achieving more understanding and awareness for the participants than they were expecting.

Stellar Solutions incorporates lessons learned and best practices from previous TTXs into subsequent events, and this year’s TTX concluded with extraordinary praise and thanks from the attendees.  One of the flag officers present even remarked that this was the “best ever” facilitated event he’d attended, inside or outside of the missile defense arena.

About the Author: Punch Moulton is Stellar Solutions’ Vice President for Defense Support and Cyber. He served as the team lead for the 2019 SFN TTX as well as their previous exercises.